The Obligation to Teach Against White Supremacy 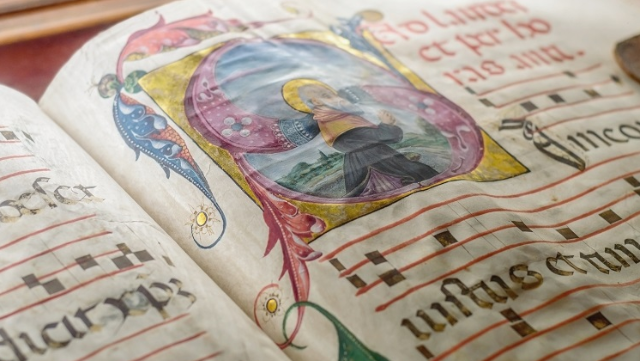 There's a lot of history, specifically 1,000 years, sandwiched between Beowulf and Chaucer's The Canterbury Tales. Dr. Dorothy Kim, assistant professor of English with appointments in medieval studies, Jewish studies and media studies at New York's Vassar College, is attempting to conquer some of it through her teaching and research.

But lately Kim's focus has been on other things. Targeted by individuals both in and out of the academy, Kim has attempted to educate her fellow medieval scholars on the differences between free speech and “incitement to violence.”

Kim, who grew up in California, attended Berkeley as an undergraduate and earned her PhD in English from UCLA. Her dissertation focused on race and 13th‐century medieval women's devotional texts in England.

Before starting graduate school, Kim spent a year in Iceland as a Fulbright scholar. There she met her husband, a Swedish citizen and an international graduate admissions officer at the University of Maryland at College Park. The couple has one child.

Medieval studies might seem an unusual choice for Kim. There's a belief that if you're a medievalist, it was because of pop culture. But growing up, Kim never played Dungeons and Dragons, nor did she read J.R.R. Tolkien's Lord of the Rings books from cover to cover.

Her interest was actually piqued in a class she took at Berkeley. “I took a class, I got interested and I took more classes,” she said.

Kim likes the Middle Ages because there were “no rules.” “People were willing to try things,” she said, akin to “throwing spaghetti against the wall and seeing what stuck.”

Her first book is titled Jewish/Christian Entanglements: Ancrene Wisse and Its Material World, forthcoming from the University of Toronto Press. Her second book, due out from ArcPress next year, is titled Digital Whiteness & Medieval Studies.

Nostalgia for a Complicated Age

There's no doubt that the Middle Ages has gotten a boost from the television series Game of Thrones and Vikings. But media portrayals of history often overemphasize certain events and cultures while de‐emphasizing or even neglecting others. Sometimes outright lies are used to move the plot.

Those two series are especially attractive to members of the “alt‐right” who believe it's time to reclaim their heritage—specifically white, Christian and male—and to enforce racial and gender hierarchies. “They have an attachment to a pure white cultural heritage [Christian Western European] that they can claim,” said Kim.

That small part of history existed prior to colonialization and the introduction of the international slave trade. Interestingly, the argument of reclaiming heritage is also one ISIS uses to recruit young male Muslims.

While many of the white supremacist groups like the “alt‐right”—with the exception of the Ku Klux Klan—aren't well‐known to the average academic, the 2016 presidential election made them household names. Unhappy with what they see as a loss of status and power, they want to roll back the many advances we've made in terms of gender and racial advancement.

Before dismissing these perceptions as a figment of someone's imagination, look at pundits such as Milo Yiannopoulos and “alt‐right” media outlets like Breitbart that have hijacked parts of the Middle Ages and are using it to demonize those who don't agree with them.

Kim has become a target of some of those groups, which include scholars from other schools. One particular scholar has used her blog to challenge Kim who called for medievalists to address the elephant in the room, namely how the “alt‐right” was co‐opting medieval history in support of white supremacy.

“She has every right to write about and critique my scholarship,” said Kim, but this scholar “wrote incendiary blog posts about me.” While some scholars may consider the exchanges a debate, “it's not a debate,” she said.

Nor is it just a free speech issue, as some of Kim's peers have claimed. When it devolves into personal threats and intimidation, which it has, it ceases to be protected speech.

The myth of the academy as being liberal is something that members of the “alt‐right” are attempting to leverage in order to promote their anti‐intellectual ideology. Unfortunately, they don't engage in thoughtful discourse or debate but utilize intimidation and threats. This leaves those targeted worried not only for their safety and that of their loved ones, but even for their lives. And Kim has become the target of right‐wing trolls who send death threats via email and snail mail.

The recipient of a three‐year National Endowment for the Humanities grant, Kim is currently working on a project that will turn 161 manuscripts in Early Middle English into a digital archive for other scholars. The manuscripts were written between 1100 and 1350 CE.

Unlike traditional archives filled with paper volumes, digital archives are “never supposed to end.” Digitizing manuscripts “changes priorities” and looks for “how things connect to each other.”

The archive becomes “an ecosystem,” she said. “It breathes and lives.”

To counteract the threats from the “alt‐right” trolls, Kim finds peace in family life. “I have a supportive partner,” she said, and “I live a quiet life.”

Living in a rural area of New York and teaching at a small liberal arts college out in the country means there are no bright lights and big city to distract her, just the deer that wander through her yard.

The weather is also a factor. “There are large swaths of the year where you don't want to go out,” she said, pointing out “this is what cable is for.” She also likes to cook.

This summer, Kim will exchange the bucolic landscape for the suburbs of a major city when she moves to Brandeis University MA as assistant professor.

This self‐described “rebel” admits her career is not the “normal narrative.” “It's the intellectual questions that drew me to the field, both in medieval studies and digital archives,” she said.

Let's hope Kim continues her search for the truth.