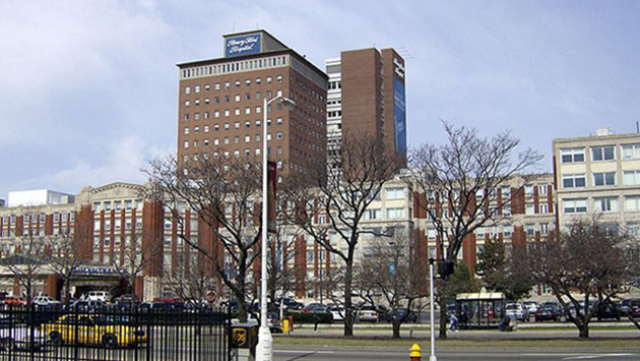 This year, Forbes named Henry Ford Health System (HFHS) as one of the country’s best employers for diversity. The Detroit-based not-for-profit hospital system with 33,000 employees came in second place, making its first appearance on the list.

Each year, Forbes publishes its list of the Best Employers for Diversity, recognizing American companies that excel in an area that’s gaining more visibility in business. Forbes partners with a research firm to anonymously survey 60,000 workers, asking them to rate their organizations on diversity.

HFHS earned a spot on the list by making a commitment to diversity and inclusion a core part of its mission and by seeking to reflect that commitment in all areas of the organization, from patient care to the workforce.

As part of its employee engagement efforts, the organization has several workplace programs. It supports 10 Employee Resource Groups (ERGs), which provide professional and personal growth opportunities for employees who share certain characteristics or life experiences, including women, military veterans, African Americans, Latinxs, people with disabilities and those who identify as LGBTQ. ERGs can also offer education and raise awareness around topics of diversity.

Each year, the hospital system also celebrates “Diversity Heroes” – people who embody the organization’s principles of equity and inclusion. There are also special events for Black History Month and Martin Luther King Jr. Day. This year, the founder of Black Men in White Coats gave a presentation about unconscious bias.

Dr. Kimberlydawn Wisdom leads HFHS’s diversity and inclusion efforts. She has worked for the organization in multiple positions, starting as a physician, and has fought for equality most of her life. Her experiences as a young black girl growing up in the affluent, mostly white seaside community of Mystic, Conn. during the height of the civil rights movement of the 1960s make her ideally suited to her current role.

Wisdom currently serves as HFHS’s senior vice president of community health & equity and chief wellness & diversity officer.  Denigrated and denied opportunities as a child, she is now responsible for addressing diversity through the lens of patients, employees and community partners at a healthcare system with six hospitals, medical centers and one of the nation's largest group practices, the Henry Ford Medical Group, which includes more than 1,200 physicians practicing in over 40 specialties.

Adopting diversity and inclusion in the workplace isn’t limited to ERGs and special awards. “It goes much deeper than that,” Wisdom explains. “It’s about respecting a diversity of thought and experience.”

After having a high school guidance counselor discourage her from pursuing her dream of becoming a doctor because it wasn’t a “realistic” goal for a black girl, Wisdom knows better than most the importance of embracing diversity. She says organizational leaders must prioritize recruiting and retaining workers from diverse backgrounds, while also inviting them to the table. “Give them a voice and listen to what they have to say, so they’re not just invited to the dance, but invited to dance.”

Wisdom believes that although many organizations appear diverse, “When you dive deeper, they’re not embracing it. Diversity is respecting and taking the time to understand people’s differences.” That’s another important step in the evolution of a company’s inclusion efforts, she says. “The most mature organizations go to a deeper level.”

For HFHS, embracing diversity is both a moral imperative and a business one, too. The organization serves Metro Detroit, a city with significant black, Hispanic, Latinx and Arab-American populations. Having employees from different backgrounds helps to break down communication barriers with patients that contribute to health care disparities.

Studies also show that patients who identify with their health care team have better health outcomes. In particular, they’re more likely to stick to medical appointments and adhere to medication schedules. When a doctor, nurse or even the receptionist at a health clinic looks like the patients they serve or can identify with their challenges and concerns, it helps to build a more trusting relationship.

Wisdom is proud that HFHS has been recognized as one of America’s most diverse employers. The organization has made progress over the years, she says, but there is still more work to do. “We’ve made wonderful strides, but it’s a journey. There’s always plenty of opportunity for improvement.”