Creating Pathways for Women of Color in Mathematics 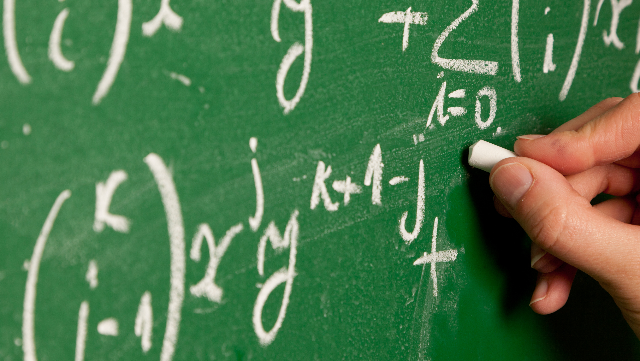 For Dr. Nicole M. Joseph, issues of mathematics education and multiple social identities are intertwined. In her upcoming book, Mathematizing Feminism: Black Girls' and Women's Experiences in the P‐20 Mathematics Pipelines, she will provide critical analysis of the ideologies in math and math education as they relate to black girls and women.

“My book is trying to challenge the indifference that we see in the experiences of black women and girls in terms of achievement, participation and their ability to develop math identities,” says Joseph.

An assistant professor of mathematics education, in the Peabody College of Education and Human Development at Vanderbilt University TN, Joseph explores ways to normalize black girls in all their humanity in math spaces. In April, she was honored by the American Education Research Association (AERA) with the Scholars of Color Early Career Award.

In third grade, Joseph was raising her hand during a math lesson in class, but the teacher repeatedly refused to call on her. Unbeknownst to Joseph, her mother was standing outside the door, witnessed it and confronted the teacher.

As a result, Joseph was given the chance to move to another class, but the only available space was in an advanced class, which suited her mother just fine. That changed her life. She thrived in the new class because the teacher tapped into her potential.

“Subconsciously, when I saw how one can advocate for himself or herself and to see my mom advocating for me, it gave me this incredible power within myself,” she recalls.

Falling in love with math actually helped her become a better overall student. “You have to help kids see their own genius,” Joseph says.

When Joseph herself became a math teacher, she saw some students lacked her assertiveness.

“I wanted to teach my students how to position themselves to where they could get their needs met in understanding different math ideas,” she says. “I taught with love, care and extremely high expectations. That sounds like very basic things, but they're very powerful.”

As a teacher, Joseph cultivated a sense of community in her classroom and gave students tools to empower themselves.

“Having lots of transparent conversations about what it means to ask a good question in math,” Joseph notes. “I made the metacognitive very explicit. That helped them become strong math learners.”

While not all students excelled in math in the traditional sense, they participated with a feeling of belonging, which brought robust learning in the classroom. As time went on, Joseph knew she had a message to share on a bigger stage. She engaged in a lot of participatory action research in her classroom, so she could support other teachers, and eventually she became a math coach in her district.

“The center of that job is to work with math teachers to help them figure out how to better teach math to all students; I coached for equity,” she explains.

When she began pursuing her doctorate, she'd already had years of teaching experience and engaging with students but wanted more training around research methodology.

The subject of her dissertation was “Black Students and Mathematics Achievement: A Mixed Method Analysis of In‐School and Out‐of‐School Factors in Shaping Student Success.” After five years at the University of Denver CO, Joseph joined the faculty at Vanderbilt in 2016. Among the courses she teaches are “Discourse in the STEM Classroom,” “Advanced Social and Philosophical Aspects of Education” and “The Centrality of Race in Mathematics Education.”

She is working on a framework she calls black feminist math pedagogy—taking what she has learned from her own empirical research as well as other scholars to come up with a framework for math teachers to support black girls in math classrooms. This includes argumentation, problem‐solving, reasoning, group work and discourse. Also, helping black girls use mathematics to solve a variety of problems that are important to them.

“So, they see math is amazing and you can utilize it as a tool to help change your own community,” Joseph says. “That is a piece that I think is missing in the way in which we teach math in most classrooms.

“People have to stop making assumptions and putting their biases against young black girls when it comes to math and science,” says Joseph. “We have to open up what it means to engage.”

Earlier this year, Joseph appeared in Essence Magazine as part of the feature “15 Black Women Who Are Paving the Way in STEM and Breaking Barriers.” Joseph's work is aimed at making social justice in math the norm.

Mathematizing Feminism, which Joseph expects will be published in 2019, covers six major topics with chapters on curricula, learning spaces, pedagogy, assessment, teachers and policy. Readers can expect to gain a deeper understanding of black girls' and women's experiences in a variety of different contexts.

Black girls are frequently marginalized in the area of math ability. That conversation usually generates from standardized assessments, both national and state. Joseph says those test scores are often presented without narrative about the conditions and context. The book will challenge those ideas.

Joseph says it's not a step‐by‐step book that shows people how to educate black girls in math. It's about concepts, theory and guiding principles. She looks forward to sharing the book's content not only in academia, but also with teachers, parents and even church groups.

“People who are interested in creating programs, intervention projects and what I call structural transformation can read the book and get ideas about how to inform those things,” says Joseph. “I define structural transformation as a disruption or even a dismantling of processes and structures that exist that basically seek to erase black girls or to make them invisible.

“This is my life's work,” she adds. “I want an average black girl in seventh grade math class to feel the impact of my work.”