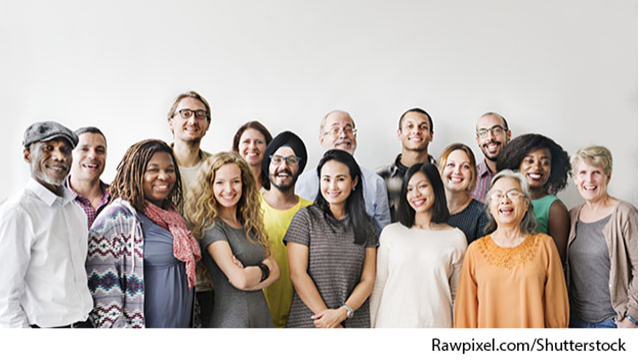 Cluster hiring is the process of hiring multiple faculty members for one or more departments based on shared, interdisciplinary research goals. The concept is becoming more common at colleges and universities as a tool to help boost diversity. Emory University in Atlanta has used cluster hiring in recent faculty searches, and now the National Institutes of Health has announced its own cluster hiring initiative.

In 2016, Emory University’s College of Arts and Sciences in Atlanta embarked on a new hiring experiment. The college began an open-rank, open-field search for new scientists across eight science, technology, engineering, and math (STEM) units, forming separate search committees comprised of a broad array of more than 30 professors. The search prioritized applicants who showed a commitment to working with students from underrepresented backgrounds.

This type of faculty search is called cluster hiring, and more colleges and universities are using the strategy to enhance diversity and inclusion at their institutions. Cluster hiring isn’t a new concept. It dates back to the 1990s, and institutions do it in different ways. Some institutions ask faculty candidates to submit diversity statements, while others hold department and school-led campus-wide competitions for proposals on research topics and faculty lines.

The overall goal is to invest in several positions at once around interdisciplinary research topics, increasing diversity, and promoting connection and collaboration among faculty groups who were hired at the same time.

At Emory, the College of Arts and Sciences required each candidate to write a statement outlining their prior experience in teaching and mentoring diverse students and how they planned to continue their efforts in the future. The hiring committees only selected candidates with stand-out statements to advance to the next stage of the screening process.

More than 1,000 people applied, and the college hired seven new faculty members. To put these numbers into perspective, from 2014-2017, only 15 percent of new hires were from underrepresented groups. After Emory targeted its hiring strategies in a variety of ways, including cluster searches, target-of-opportunity hiring, open-rank/open-field searches and searches in research areas represented by under-represented minority faculty, the number of newly recruited faculty who brought diversity to the college rose to 51 percent between 2017-2019. Another positive outcome of the process: the college found candidates for future potential positions outside of the cluster hire.

“One of the benefits of doing such an ambitious set of hires at the same time, rather than the traditional one-by-one replacement model, was that this energized the whole liberal arts and sciences community, and put a spotlight on the interdisciplinary sciences as a top strategic priority for the university,” says Carla Freeman, senior associate dean of faculty for the college.

In the years since the college’s initial cluster hire, other departments within the college have launched similar, field-specific initiatives. The history department hired three tenure-track assistant professors whose research focuses on the history of race and ethnicity in the United States, while three new senior faculty members now work in the growing field of Latinx studies. The college will also complete two cluster hires in biological and cultural anthropology over the next two years.

In February, the National Institutes of Health (NIH) announced its own cluster hiring initiative. The Faculty Institutional Recruitment for Sustainable Transformation, or FIRST, program will provide up to $241 million over nine years. The funding will go toward cluster hiring and retention initiatives at 12 universities and medical schools over nine years. Each institution will recruit up to 10 new biomedical research faculty during the first five years of the program, for a total of 120 faculty.

In an interview with Science, NIH’s first chief officer for scientific workforce diversity, Hannah Valantine, M.D., M.R.C.P., said the program will not only focus on hiring people who belong to underrepresented groups in academic medicine (women, blacks, Hispanics, Native Americans and people with disabilities) but also those who are actively working to make the field more inclusive.

Cluster hiring does face criticism within academia. Eight campuses in the University of California system now require faculty job applicants to submit diversity and equity statements, which hiring committees consider in addition to factors like teaching experience and research. In 2019, Notices of the American Mathematical Society published an essay from Abigail Thompson at the University of California, Davis. She called the process “political.”

Thompson, a professor and chair of the Department of Mathematics, and vice president of the American Mathematical Society, compared mandatory diversity statements from job candidates to loyalty oaths of the 1950s. Back then, UC faculty were required to sign statements stating that they were not members of the Communist Party, a practice related to McCarthyism.

Thompson wrote that the field of mathematics, which is overwhelmingly white and male, should instead continue to find other ways to reduce barriers to inclusion, such as encouraging students from diverse backgrounds to study mathematics and supporting early-career junior faculty.

At Emory, some faculty questioned the scope and extensive time commitment of cluster hiring and whether diversity should be the goal over hiring the best scientists regardless of gender, race or other minority designations. Freeman says engaging faculty from multiple disciplines and departments throughout the search process helped with campus buy-in.

“What our faculty would tell you is that our science cluster hire demonstrated that hiring an excellent faculty is inextricable from hiring a diverse faculty,” Freeman says. “And by any measure, we hired extraordinary scientists in that search.”

She also points out that cluster hiring is not an all-encompassing solution to diversity in academia. Instead, it’s one tool in the toolkit for hiring excellent faculty while also increasing diversity.