Learning from the past: The history of race in higher education 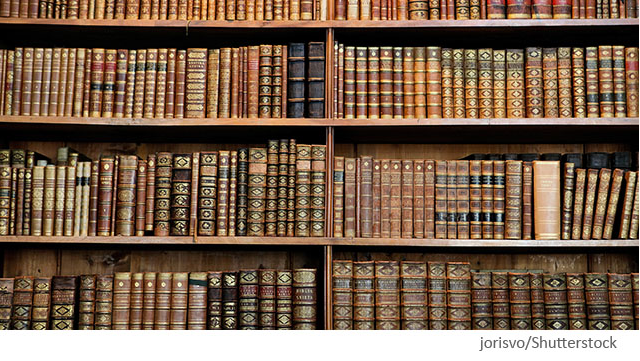 Over the last 60 years, there has been significant progress when it comes to racism in higher education. But, recent events including the protests of Concerned Student 1950 at the University of Missouri show that the higher education community still has a long way to go to redress the harm toward underrepresented and marginalized student populations. As our understanding of race and the importance of diversity grows, institutions are continually seeking new initiatives and practices to improve campus climate and institutional equity. While some of these methods may be beneficial, the history of racism in U.S. higher education may reveal some helpful solutions. Throughout this history, there have been significant milestones that have shaped the contours and structures of colleges and universities, both socially and politically. Some of these include the creation of missionary-sponsored institutions (MSIs), racial desegregation, and affirmative action. By exploring these milestones, administrators and institutional leaders may find answers to help them create more equitable and anti-racist environments for their diverse college student populations.

In the 17th century, education — especially higher education — was a luxury that was only afforded to wealthy white men. It is worth mentioning that before people of color gained access to higher education, white women, Jewish citizens, and low-income students were barred from attendance at some of the most prestigious institutions at the time, including Yale University and Harvard University. A year before the end of the Civil War, the Freedmen’s Bureau was created to aid with reconstruction in the South. Priorities included negotiation of labor contracts for former slaves, providing food and housing for displaced African Americans, as well as providing educational opportunities not previously available to freed African Americans. In addition, missionary organizations such as the American Baptist Home Mission Society helped create institutions of higher learning focused on the education of African American men and women, including Morehouse College and Spelman College, which still exist as minority-serving institutions today. While institutional governance of students was far from perfect, it is important to emphasize that MSIs were willing to provide needed resources to help African Americans receive an education at a time when such resources were limited.

Following the establishment of higher education in the United States, there was a period of massification when states and cities created colleges and universities in hopes that they would bring prestige and economic incentives. Although there was an increase in the number of higher learning institutions, most held exclusionary policies that segregated black and white students until the 1950s. In 1954, with Brown v. Board of Education, the Supreme Court found “separate but equal” institutions to be unconstitutional. College and university leaders were mandated to desegregate their institutions and allow open admission to African American students. Prior to this, MSIs were the only higher education option available to African Americans. Overnight, their access to institutions with more resources and better faculty became a reality. Unfortunately, desegregation was a slow process at some colleges and universities, particularly those in the South. Some of these institutions took nearly a decade to fully desegregate. Part of this delay was due to racial hostility and the perceived inferiority of African American students. According to reports of microaggressions and outward racism from black students dating back to the Civil Rights era, little was done by administrators and faculty members to alleviate this hostility. There is a lesson to be learned here: faculty and administrators are key stakeholders that play a role in shaping conversations about equity, especially within predominantly and historically white institutions. To overcome institutional racism, campus communities must wrestle with their biases, values, and beliefs to overcome institutional racism.

The 1960s and 1970s ushered in a wave of change for higher education. Institutions established academic programs in ethnic and gender studies, and hiring faculty and staff of color became a priority through the 1990s. One of the biggest policy changes of the century came from the affirmative action decisions of the 1970s and 1980s, which included the Regents of the University of California v. Bakke. The policy that resulted from this lawsuit was a direct challenge to the admissions standards of higher education institutions and forced colleges and universities to confront issues of diversity and equity among the student population head on. Each of these cases transformed the factors by which students are accepted at colleges and universities in regard to personal background and leveling the playing field without compromising academic standards. However, this policy is still contentious and has resulted in legal battles in the last decade against the University of Texas at Austin and Harvard University. Ultimately, affirmative action is a coin with two sides: one that sees affirmative action as a measure to ensure institutions promote diversity and the other that sees it as a penalty that limits opportunities for other students. Regardless, it forces members of the higher education community to make concerted changes when it comes to admissions practices that  facilitate a diverse and equitable climate for all students — not just the privileged few.

Since higher education was established in the United States, changes in society have resulted in new challenges for colleges and universities. The issue of diversity and equity is one that has plagued the development of U.S. higher education and caused administrators, faculty, and students to consider the value of a college education and its role in access and equity for all. Fortunately, the history of higher education provides a rich array of evidence, precedence, and cautionary tales to consider as campus communities address race and racism. There has been notable progress in policy and practice within these institutions, but there is still a long way to go. Hopefully, looking to the past can provide the solutions needed to develop policy and practice that supports a campus culture where all people feel welcome.