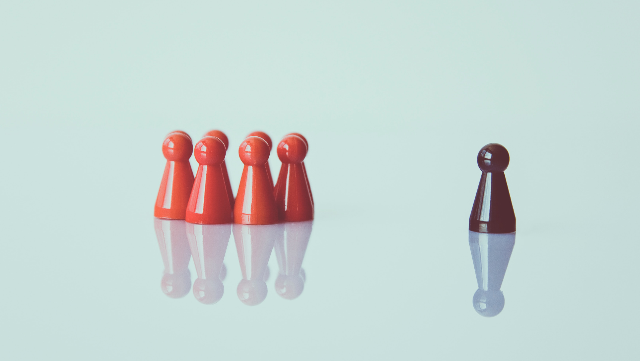 What is stereotype threat? The feeling that you don’t belong. A preconceived notion that disrupts the mind when entering a place where comfort is diminished; the threat, the disturbance, to one’s peace when put in a position where one is expected to fail. In order to delve further, we first must look at stereotypes. A stereotype is a standardized mental picture that is held in common by members of a group and that represents an oversimplified opinion, prejudiced attitude, or uncritical judgment. When one is placed in any situation where they can potentially confirm a stereotype is true about their group, they are under threat. Stereotype threat “refers to being at risk of confirming, as a self-characteristic, a negative stereotype about one's social group” (Steele & Aronson, 1995).  Not only does it affect our mental capacities, but it works its way into our cognitive performance.

What happens during stereotype threat?

Studies have shown that during exams where demographics are recognized, students in targeted groups perform below average. In a study where blacks and whites took the same exam, black students performed poorly when their race was acknowledged; however, when race was not emphasized, blacks performed equivalent to their white counterparts. “The results showed that performance in academic contexts can be harmed by the awareness that one's behavior might be viewed through the lens of racial stereotypes.” (Steele & Aronson, 1995). One encounters stereotype threat when one views oneself through that stereotype. For example, when “Whites [are] compared with Blacks and Hispanics on tasks assumed to reflect natural sports ability,” (e.g., Stone, 2002) they are expected perform poorly in comparison to the other groups. When a white individual views themselves with this lens, they tend to perform poorly during a test of their skills versus when they view themselves as just a “person” and not a “white person.” Other disadvantages that a person encounters due to stereotype threat include self-defeating behaviors, declining preparation in academic and non-academic domains, and lack of engagement.

Who is at risk?

Essentially, stereotype threat can affect anyone. However, individuals of targeted groups are particularly prone to encountering this threat more often. These groups include but are not limited to blacks, Latinos/Latinas, women, LGBTQ individuals, and youths.

Stereotype threat has led many of us to feel “I do not belong here.” Members of groups that are not particularly prominent or respected in various domains begin to lower their aspirations and work towards alternative goals that society sees fit for them. If this continues, eventually society will use the lack of members of that group in that domain to justify these stereotypes. Many disciplines will lack role models, increasingly creating a gap between targeted groups in various fields. These fields will eventually lack diversity, leaving the next generation with the continued notion that “I don’t belong here.”

Leon Gibson, a successful black male accountant who suffered from stereotype threat but progressed despite the odds, discussed his personal experience. Even working on notorious Wall Street, Mr. Gibson found his niche and created a place for himself.

“Growing up I was good at math but where I am from, Guyana, your intellectual abilities did not forecast where you would work; I was expected to be a postman or work in the fields. When I came to America, I always felt like I had to work harder and not waste this opportunity. Attending a university that was predominately Asian and Caucasian, I felt as though when I topped the class everyone was surprised because I was a black male; it was not expected of me. Even when I landed full time positions, I struggled finding comfort because back in the 80s and 90s, Wall Street was not black at all, it was white and there seemed to be a goal to keep it white. I worked for reputable companies, Deutsche Bank, BNP Paribas, the list goes on and on. I just worked harder studied harder and I said if my counterparts study this amount I need to do it twice, even three times more.”

Overcoming stereotype threat will be no easy task. However, working together to provide the next generation with a clean slate may be the best foot forward in the right direction. When asked what the next steps should be, Gibson states, “More mentorship programs in schools. I never had anyone I could directly ask ‘how did you get here? What steps did you take?’ I believe if I had that I may have become more successful earlier. I did not [have any black role models] until I landed my first full time position. However, I do believe everything happens for a reason. Moving forward, kids need to be reassured they can do anything, they can be anything, and their demographic background does not determine what route they will take. You do not have to look a certain way , have a specific genetic makeup, to accomplish something, you just have to have the determination to get it done.”